City of Mirrors, City of Imaginations, City of Labyrinths

A labyrinth. Looking back at a certain time past is like going through a labyrinth.

Did it ever really take place? Did the sculpture/installation “Mirrors” ever even exist? Is it just invented information, or a trick played on the memory of a relatively small group of people? So much has changed since then (2005).Yet, so little has changed too.How to behold in one’s heart such a paradox?

Is imagination after all more honest than the truth? And, why was it again that the ancient Greek Goddess of Truth Aletheia had to hide in a well, was she really considered too ugly to look at? But to speak of Aletheia in the past tense would mean she did not exist anymore. Has truth gone? Now in hiding so well that we can only now imagine her, yet never find her again truly? And, and, and…?

But I did not want to write a text with many question marks, these little sculptural hooks on which to suspend and hide my insecurity of making statements.All I know is, that my fairly large sculpture “Mirrors” does not exist anymore, only in photographs and maybe in some video and that because of this it has become an imaginary work of art in the jungle of memories and therefore exists now in the world of imagination only.Which makes me an artist who has in retrospect created an imaginary work.I do not know if this was my intention.As also I am not sure what the intention of an art work over a long period of time actually is or could be, as art usually appears to be most active and meaningful in around the time it was actually made, often made as a reaction and message of a kind within an immediate surrounding social time period and context. 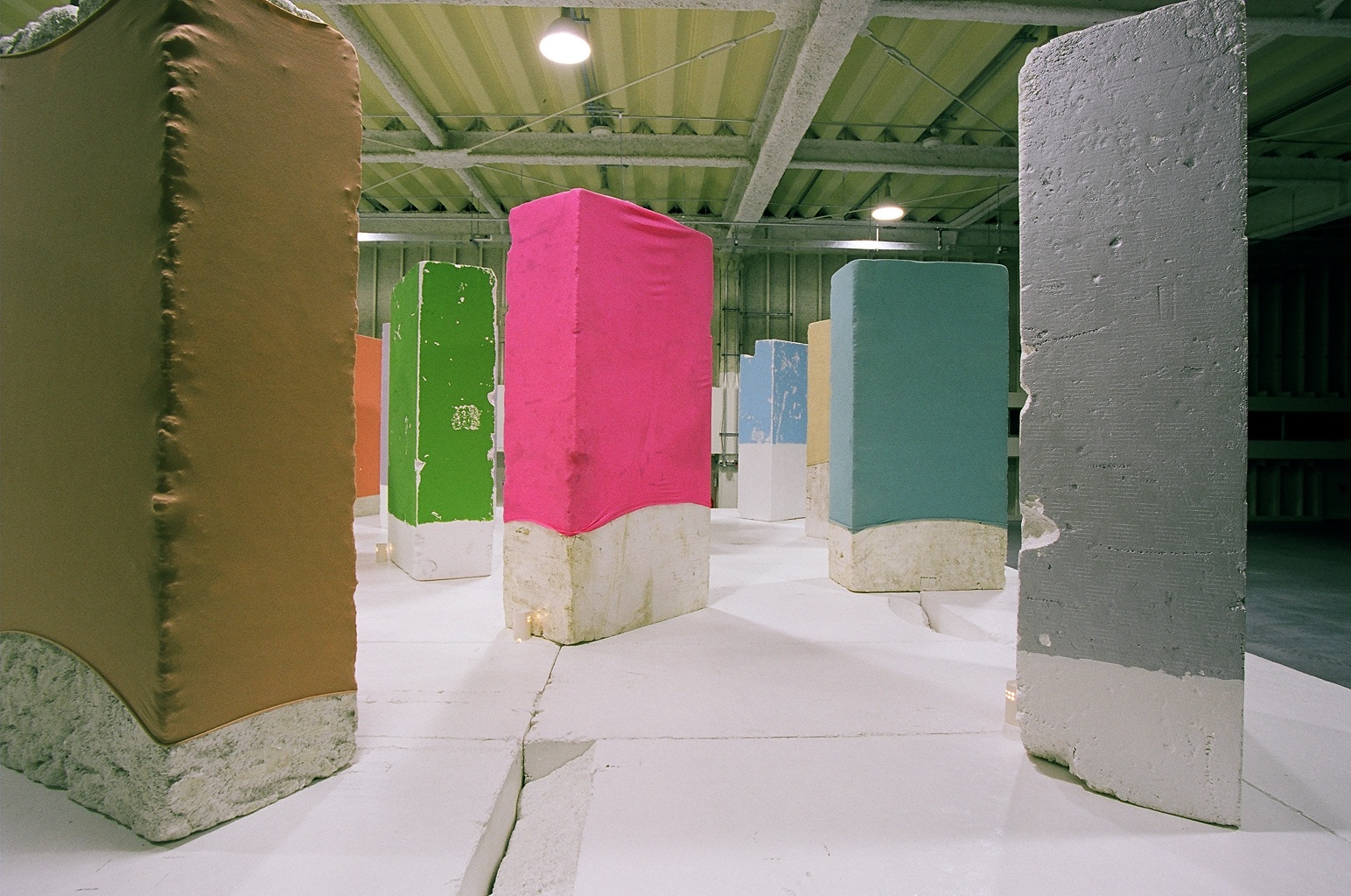 If “Mirrors” still existed, I do not think that 17 years would be enough for it to qualify as an antique object.Nevertheless it has been in oblivion and to take it out of the shadow and shine some light on it again after so many years by writing about the work is a rare chance.Time seems to rotate around sculptures and sculptures change relatively little in turn, even if they have been destroyed relatively soon after its making like “Mirrors” in 2005, they do not change much beyond that point zero.Maybe the sculpture after becoming garbage and then dust of garbage (I am starting to wonder, if maybe I should consider this dust an extension of the sculpture itself, albeit an involuntary one) reassembled on a very distant planet, on a star in the sky where all destroyed and dead art works go to.Maybe art works do not really die.Wishful thinking.At one time my sculpture was a tiny part of the much larger sculpture that is the metropolis of Tokyo, and now it is an imaginary part of it in the collective labyrinth of memories of the city.

In the end it is like looking at old photographs.Although I remember little of 2005 all in all and also too little of the exhibition because I was too immersed in and concentrated on the process of making the “Mirrors” in the available time until the opening.I do remember it would have been impossible without the immense help by the assistants and I am still most grateful for their generous support back then, as I am still very thankful to the organizer for having invited and assisted me.As it is the case with looking at an old photograph which reflects back a small mosaic or puzzle piece of one’s life gone by, I am puzzled and overwhelmed at the time which has passed since then and the changes the almost

two decades since have brought about, in my personal life as much as in the world.In the timespan between 2005 and now my own life had passed for almost the length of a decade through the most terrible times in my life ever with many deaths, losses and extremely difficult times.And in the world too many tragedies such as tsunamis and several wars have occurred.We all live in a different era collectively and personally now.The prevalent parameters of perception have altered.And somehow the world now seems a good bit madder and more challenging than it did before in 2005, although this might not really be true beyond my personal impression. 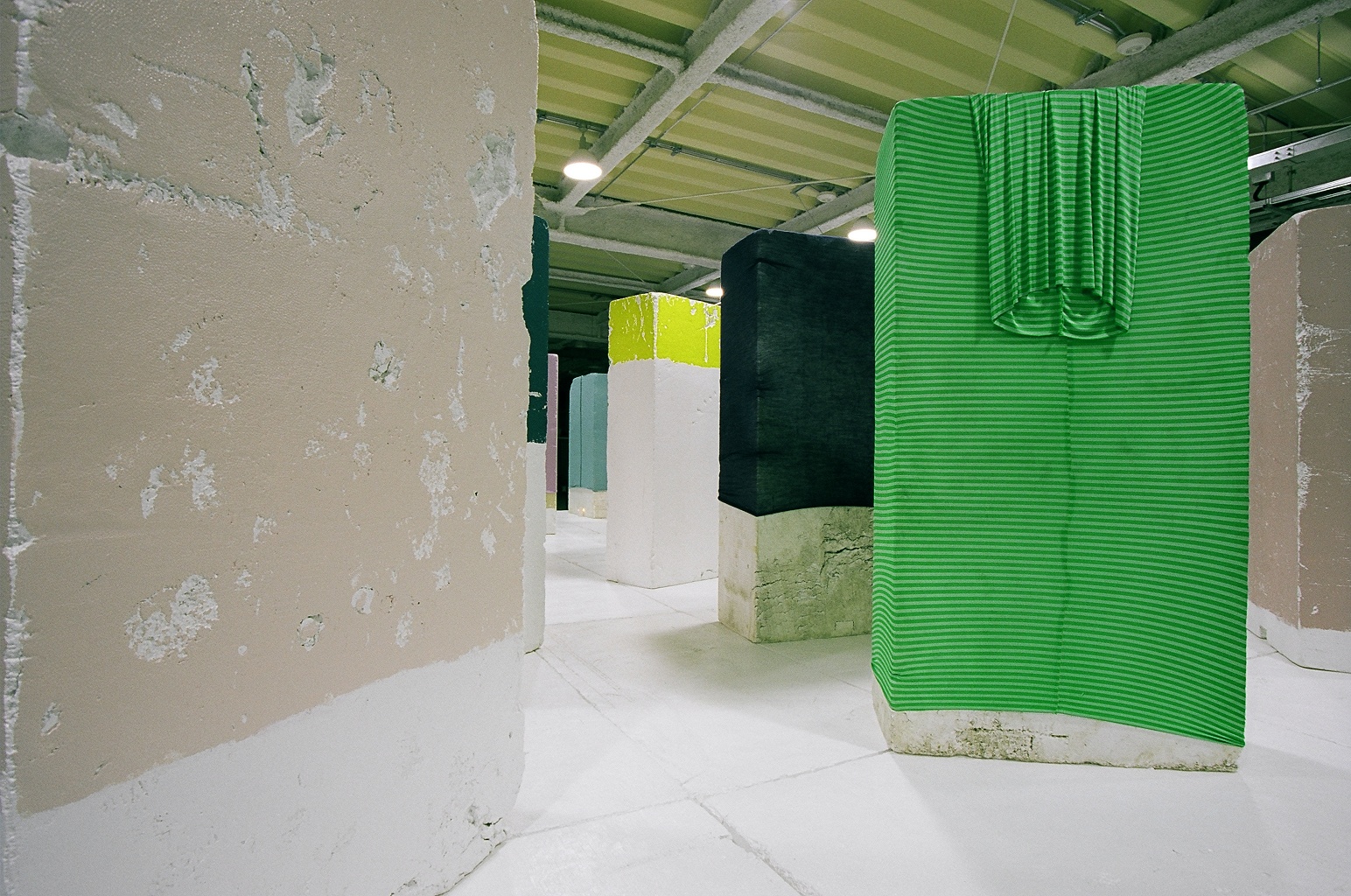 “Mirrors”. When I look in the mirror now I see a different looking, aged self and I realize that inside my perception and thinking has evolved too.As has my art work developed since then.Also the meanings and implications of “Mirrors” have shifted within the context of the current era.The upright rectangular shapes of “Mirrors” now echo the new ubiquitous standard shape of the smartphone and pad and the format of scrolled SNS posts. Nowadays smartphones and their consumed feeds are the mirrors of ourselves.Unlike before though, capital and power are now created from our digital mirrors without possibly too much awareness from us.Our mirrors are not private anymore.

My art work has developed since 2005 and is viewable on instagram under pol_malo_gramme as I too have become used to posting my ongoing works.When I created “Mirrors” it was at a time when my work consisted primarily of installations which, very briefly put, let one experience consciousness as a spatial activity.The installations were abstract and philosophical in a way, despite consciousness being very human, basic and real.Real, but not free from fictions, imaginations and memories made from lived life. Now I make mostly paintings and installations that develop out of paintings. My work now focuses on the difficulty of being human struggling on various levels with adversity and oppressions within the labyrinths of society, but within a world not entirely without wonderful people and things and hope too. 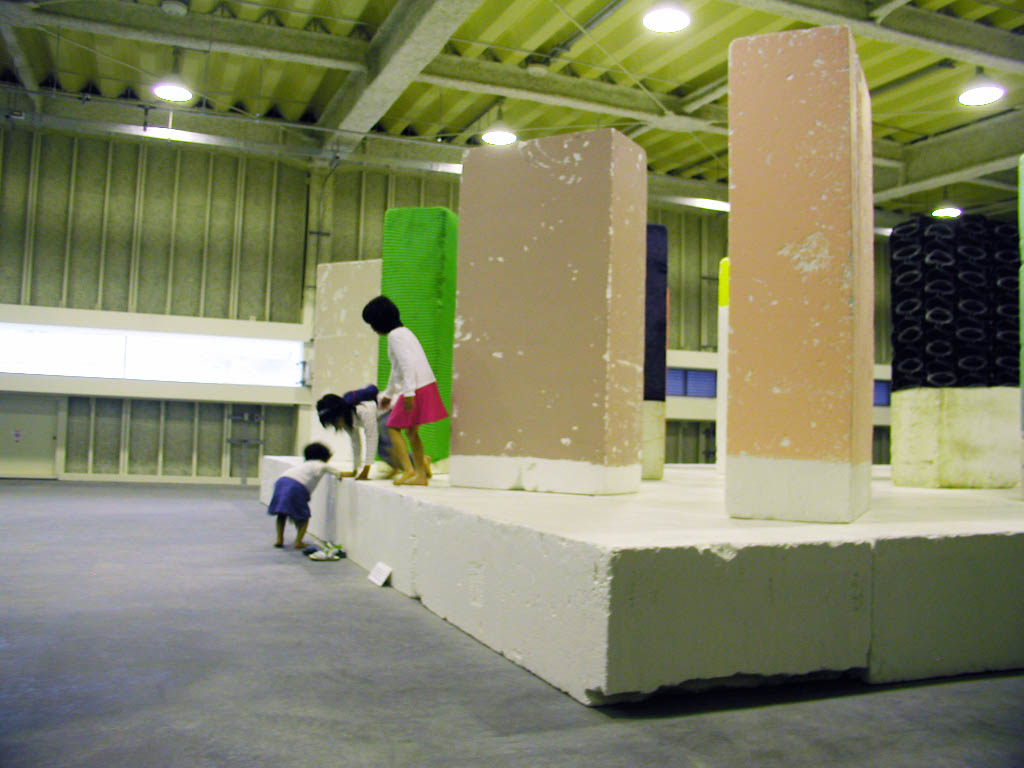 Pol Malo
Having lived all my life as an immigrant/foreigner/outsider rarely having experienced real inclusion has shaped my art work considerably. Cross-cultural life exposed me to different worlds of thought and cultures, this has blended with positive influence from people as well as with much adversity. Due to this I do not anymore believe in the categorization by birth place, age, nationality, education, exhibition history. I leave the rest to your imagination.