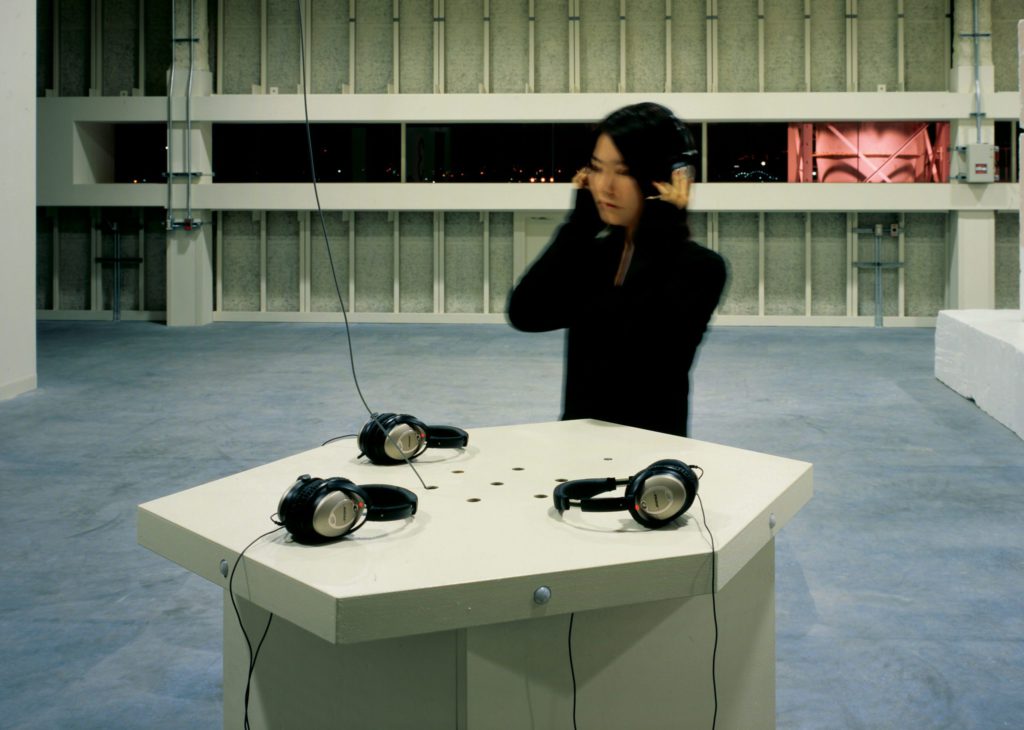 Artists Space is pleased to present Region of Paramedia, the first retrospective dedicated to the work of Japanese American conceptual artist, composer, and theorist Yasunao Tone, whose deep investigation of the potential uses and misuses of emerging technology has made him a pioneer in performance, sound, and digital composition. This landmark exhibition and event series encompasses a comprehensive range of mediums and materials, from graphic scores to manipulated sound objects to documentation of performative actions and rare ephemera, and includes live events as well as first-time restagings that cover both Tone’s frequent, wide-ranging collaborations and his individually authored works.

Spanning the 1960s to the present, Region of Paramedia begins in Japan with Tone’s varied artistic efforts during his time as a founding member of the Japanese branch of Fluxus, a co-conspirator of Hi-Red Center in their social interventions, and a pivotal member of the key postwar collectives Group Ongaku, the world’s first freely improvising music ensemble, and Team Random, the first computer-art collective in Japan. Tone’s active participation in unsettling artistic forms, genres, and social expectations across these disparate affiliations boldly presaged his future activities.

Tone’s penchant for collaboration only deepened with his move to the United States in 1972, where he soon began to work with a prolific range of dancers, visual artists, and musicians that included Merce Cunningham, Blondell Cummings, Allan Kaprow, Senga Nengudi, Butch Morris, and George Maciunas. Since coming to New York in 1973, Tone’s work has been distinguished by his radical procedures for transmuting media into unpredictable and unstable forms through both analog and digital systems. Works like Molecular Music (1982)—in which Tone arranges light sensors on the surface of a projection screen to actively interpret 16mm images (characters from Chinese poetic texts) and sends that information to sound-producing instruments—bring together contingent systems, contemporary continental philosophy and media theory, and traditional Eastern culture.

Tone originated the use of “glitch” in artmaking thanks to his groundbreaking modifications of prerecorded compact discs, becoming the first person to compose via the inbuilt potential for their digital disruption. In performances and compositions beginning in the mid-1980s such as Music for 2 CD Players (1985), Tone physically alters the surfaces of compact discs, overriding their error-correcting system and generating wild unpredictability in playback. The artist calls these deviations paramedia, a shorthand way of describing a practice of diverting technological devices from their intended purposes to, in his words, “create pieces that are simultaneously multipliable and nonrepetitive.”

In conjunction with the exhibition, Yasunao Tone will perform on multiple occasions at Artists Space, including a January 19 appearance with renowned flutist and composer Barbara Held. More performances will be announced. The exhibition will conclude in March with a weekend of film screenings, organized in collaboration with film scholar Go Hirasawa and the Brooklyn cinematheque Light Industry.